May 22, 2020, By Bernie Geiss, Posted in Environmental & Social, Resources

Canadian life insurance companies’ refusal to accept test results shows a lack of leadership in the insurance industry and puts Canadians at risk of being underinsured. They say they are trying to keep Canadians safe but we don’t buy it. We have written to the BC Finance Minister and the Minister of Health for their help to force insurance companies to accept test results that British Columbians will freely give. Please forward this email to others and make yourself heard if you are tired of eastern Canadian companies dictating what we in British Columbia can and can’t do. Together we can build a safe, prosperous and secure “new” normal. Here is the letter to our ministers 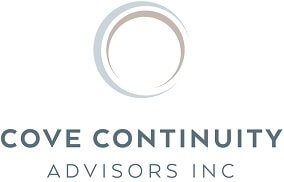 During these unprecedented times, we have seen massive global disruptions that have impacted all citizens. The COVID-19 pandemic has required us to be creative, compassionate, and resourceful in meeting the challenges we face. I am proud to be a British Columbian and recognize our leaders within the various levels of government, as well as our community members, for coordinating one of the most effective pandemic responses on the planet to COVID-19. Thank you.

As we move into the next phase of that response, I believe that it is important to continue to strive toward a “new normal,” allowing all members of our society to be as safe as possible and economically secure, while maintaining a sense of self- determination and control over their lives and their futures.

At Cove, we have a vested interest in British Columbians’ economic futures, and, on behalf of Cove, I am writing to express our displeasure with the position major Canadian life insurance companies have taken during this time; specifically, regarding restricting access to any insurance that requires medical testing. Insurers refuse to accept test results for blood and urine specimens collected after March 24, 2020. There are a few companies that have refused to be bullied into submission, and we applaud them; however, the actions of the majority of insurers refusing to accept test results have severely restricted the ability of British Columbians, and all Canadians, to secure needed life, disability, and critical illness insurance to protect themselves, their businesses, and their families.

I believe that these companies are being disingenuous in stating that their refusal is for altruistic reasons—they are individually and collectively stating that they do not want to put people in a situation where they might be exposed to COVID-19 due to specimen collection for the purpose of applying for insurance. We do not accept this as a valid reason. We have been assured that all necessary medical precautions have been taken to ensure the safety of both the service provider and the customer.

I believe that insurers are restricting underwriting to avoid underwriting risk during this pandemic for claims control purposes and not for their stated reason, and I believe they are using an altruistic rationale to justify their position. There are informed customers, who are accepting of the risks, but insurers refuse to underwrite them.

British Columbians are concerned about completing the planning that they started before the pandemic; insurers are preventing them from implementing their plans. Insurers have responded by offering to issue slightly higher non-medical amounts, an offer that is ineffectual in dealing with the risks that many individuals need and want to cover.

We have proposed alternative approaches to collecting evidence—e.g., private clinics, personal physicians willing to see patients, traditional paramedic vendors, and the use of clear and understandable disclosure statements indicating insurance options available without testing for customers to sign. The options were rejected as unworkable.

Insurance executives have further misrepresented the reality of the current situation by stating that paramedic vendors, such as Exam One and Dynacare, are either unwilling or incapable of conducting blood and urine testing in a safe manner.

British Columbia has given permission to allow restaurants to open to dining in and hairdressers to offer their services. Meanwhile British Columbians are being restricted from buying essential products, by insurance companies, to maintain their financial and emotional security during a time of increased risk of death and disability.

I have not been able to corroborate any of the assertions made by the insurance companies to support their position. According to Safety Canada’s Guidance on Essential Services and Functions in Canada During the COVID-19 Pandemic Canada’s National Strategy for Critical Infrastructure, critical infrastructure is defined as the processes, systems, facilities, technologies, networks, assets, and services essential to the health, safety, security, or economic well-being of Canadians and the effective functioning of government.

The Strategy classifies critical infrastructure in Canada according to ten sectors, which includes “finance.” Finance is further defined and includes the following:

In addition to increasing risk for clients, the insurer’s position on this issue is creating financial hardship for individuals within the insurance industry. Advisors are not able to sell product, employees are not able to do their jobs, and clients are not able to insure themselves and their families from all the other risks they face.

The major life insurers, based in eastern Canada, have conspired, along with their representative body, the Canadian Life and Health Insurance Association (CLHIA), to use their considerable powers to control access to life and health insurance to British Columbians. I also believe that they are using their considerable clout to pressure paramedic vendors from fulfilling their roles. The decision as to whether a vendor can provide paramedic services to Canadians in a safe manner should be left to vendors, front-line workers, and insurance customers, not the insurance companies.

Cove Continuity Advisors Inc. is a Certified B Corp offering life and health insurance products and planning services based in North Vancouver, BC. Cove was the recipient of the 2018 Business of The Year Award for North Vancouver and the recipient of Best For World for Workers Award for 2016, 2017, and 2019 by the nonprofit certifying body, B Lab. Cove is a member of 1% For The Planet and founded 1% For People, committing Cove to a minimum financial contribution of 1% of gross revenues to combat social injustice and climate change. Bernie Geiss was instrumental in the passing of Canada’s first Benefit Company legislation passed into law in British Columbia in 2019.

Use of this website is governed by the terms and conditions that can be read in full here.